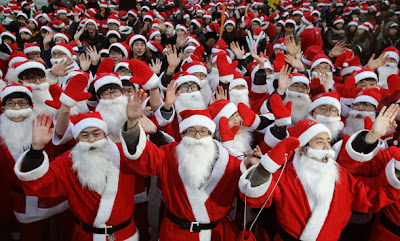 A popular question I often see on message boards and forums is "Are there any Asian Christmas films?". Well there are... Some. Not a lot that I have found, but I have found some over the years. Here are my favourites. 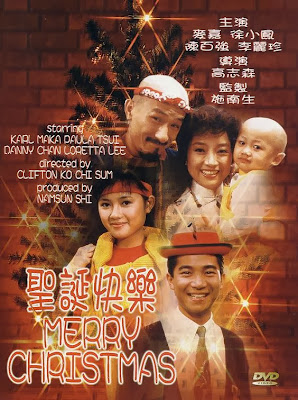 This is arguably my favourite Asian Christmas Film. It's just so damn entertaining. It's a light hearted comedy that you can't help but laugh at. The jokes are so simple and visual that they translate to any language, and I'm actually quite shocked it never made a bigger impact in other countries.

The film is about a family, the dad Baldy(Karl Maka) and his 3 children. Baldy lost his wife years ago but has fallen for literally the girl next door Paula(Paula Tsui). His children see this as a chance to fix his dads happiness by setting them up. The oldest son Danny(Danny Chan) offers him plenty of advice to help him get the girl, even while he is having his own girl troubles with a young lady who is smitten with him going by the nickname Jaws. His daughter Jane(Rachel Lee/Loletta Lee) has met a guy John(Played by the late great Leslie Cheung) who wants to take her out but after a hilarious meeting earlier between John and her father, Baldy really doesn't approve of his daughters new love interest. And just to mix it all up, there is also a hell-raising baby called Baldy Junior(Cyrus Wong) who Paula often babysits. Now with Paula thinking of immigrating and with another man fighting for her affection, Baldy and his family must act quickly to try and win his true love.

This is a great comedy filled with many jokes which everyone will laugh at, no matter your age. It's also got some seriously good pranks, the scene with Baldy and his family trying to make Paula's other love interest look like a pervert and get photographic evidence is comedy gold! 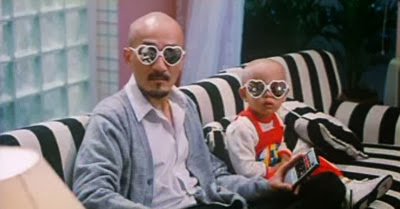 Baldy and Baldy Junior with their 1980s 3D specs!

But the star of the show is the baby, Baldy Junior. I can't believe how good this kid is when he is only 2. His facial expressions and movements are hilarious, I'll never know how they managed to get him to do some of they scenes. You'll never believe he is only 2 years old.

My favourite film on the list! But ironically, it's possibly the least Christmassy of the films. It does feature Christmas music, Trees, festive knitwear. But it seems to just blow past Christmas and go up to New Year. With that being said, this is a classic, and will put a smile on your face from ear to ear. 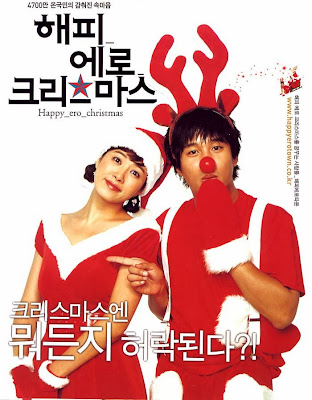 Happy Ero Christmas is somewhat of a bizarre Christmas Movie, but then the name probably gives that away?

A village patrolman Byung-ki(Cha Tae-hyun) spends his day doing meaningless work such as dressing up as mascots and handing out leaflets. He meets a girl Min-kyong(Kim Sun-ah) who works at the local neighbourhood bowling alley. Byung-ki falls in love with her at first sight. But in a desperate attempt to woo her he ends up trying to fight off competition for her affection from the local gang boss Sang-doo. 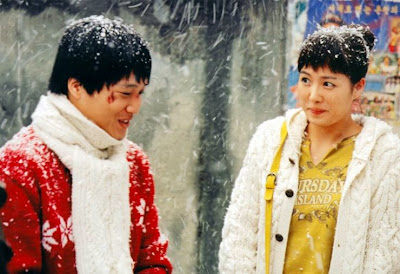 Even with those little problems, this is still a very fun film. The main love story and rival for Min-kyongs affection are told and acted very well. Cha Tae-Hyun plays his character brilliantly, although it is extremely similar to the character he played in My Sassy Girl... But hey, if it's not broke, don't fix it.

Happy Ero Christmas does offer the festive cheer and comes across as a Christmas flick. It also has some great comedy, and likeable characters. And it's pretty original, can you name another Christmas film that combines the holiday with adult film making? And it's also better than a lot of the Christmas Movies we get on TV. 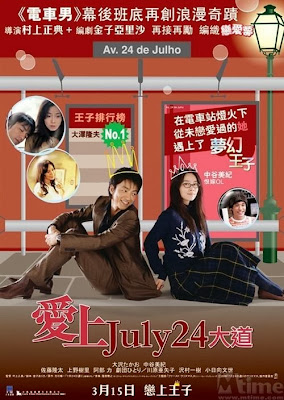 If you don't know that July 24th Avenue is a place(I didn't) then this movie might have a very strange yet unique name. But it's a real place, in Lisbon. So I guess it's a clever pun on "Miracle on 34th Street" and 'It Happened on 5th Avenue"... Right?

Sayuri Honda(Miki Nakatani) stars as the loveable loser. She lives in her own imaginary world based on a Manga she read and fell in love with. She often pictures her town of Nagasaki as Lisbon, and desperately wants to stroll down July 24th Avenue. During Christmas, after an encounter with her only one true love Satoshi Okuda(Takao Osawa), she decides to chase the man on her dreams and try to get her Christmas miracle.

This is a great Christmas drama, although a little predictable and not as much comedy as I was promised. There is a few good laughs though! It is a great story of love and Christmas set over 2 stunning locations of Nagaski and Lisbon, which really help and fit with the romance in the film.

Sayuri is your typical geek in this film, and right away, as soon as you see her, you know she is actually hot. Those big glasses, and that bad hair cut doesn't really disguise that fact. You are eagerly sitting waiting for her to get her "makeover" when she tries to win the guy. 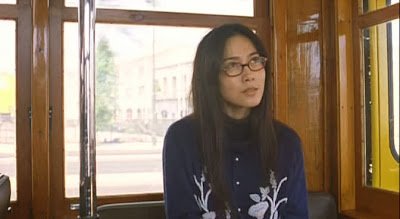 Miki Nakatani being ugly... I guess.


Miki and Takao do have really good on screen chemistry. And you are cheering them on and hoping they can work it all out. But, for me the character I felt for was Yoshio Moriyama(Played by Ryuta Sato). Yoshio is the good friend and (I think) 4th choice for her. But he was my favourite. He had my 2 favourite moments with his Merry Christmas line and the flick animation cartoon he drew in a book for Sayuri.

Plenty of Christmas cheer in this one with lots of good Christmas music and even a Christmas countdown, which was actually done very well and in original unique ways. It tended to be a weekly countdown which built up the big event, but also helps you keep track of how much time was passing by between scenes.

So there you have it. There is some Asian Christmas films to watch this year if you are tired of re-watching the same films each year.
If I've missed any good ones out then let me know, either leave a comment on this post or email me.
I will be doing a Christmas Anime post as well ;) 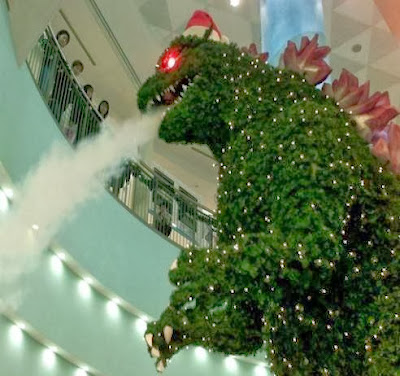 Here is Godzilla as a Christmas Tree.... Just because it's Japan
Posted by Temptasianfilm at 07:32